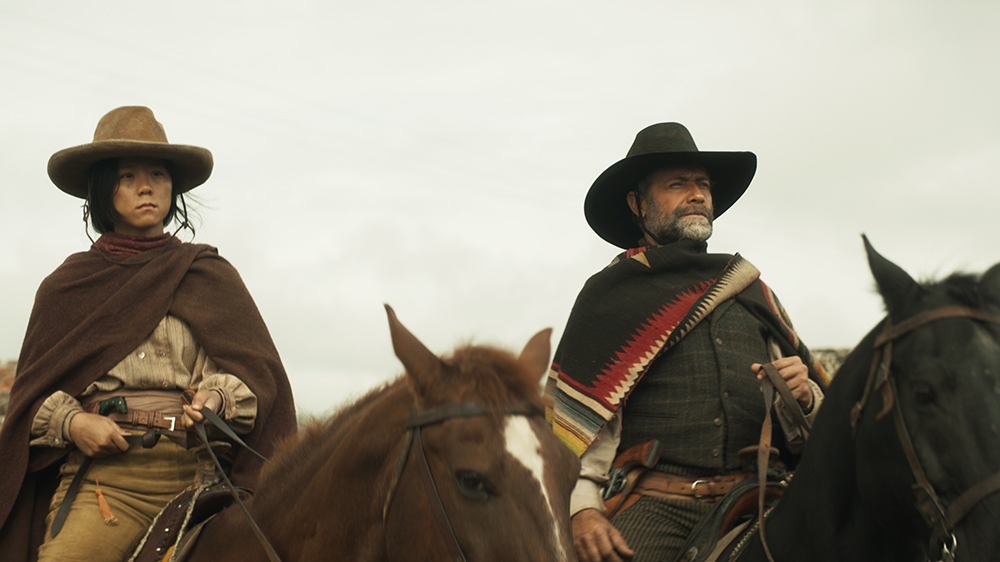 An “action-packed” series made in Mexico, it added, “La cabeza de Joaquín Murrieta” stars top Mexican actor Juan Manuel Bernal (“Monarca,” “Perfect Obedience”) and Alejandro Speitzer, a fast-rising star after prominent roles in Mexican hits in “Dark Desire” and “Someone Has to Die.”

Backed by a powerful creative combo, the Amazon Original series is produced by Dynamo, who handled the physical production of “Narcos” in  Colombia and produced Amazon’s “Falco” and Netflix’s first-anounced Colombian Original series, “Green Frontier.”

Series episodes will be directed by Humberto Hinojosa Ozcariz (“El Candidato,” “Luis Miguel, The Series”) and David Pablos, fresh of his success with “Dance of the 41,” and director of “The Chosen Ones,” selected for Cannes’ Un Certain Regard).

The setting for “La Cabeza de Joaquín Murrieta” is crucial: The Mexico-U.S- border in 1851.

Arguably, the Wild West has never never Wilder. Mexico had just lost the 1846-48 Mexican-American war, ceding Texas and then California to the U.S. The California Gold Rush brought 300,000 new settlers to the region while disenfranchising thousands of Mexicans, sparking what Amazon describes as “a period fueled by greed, anger, and xenophobia when an all-out war is waged.”

Against this background, the series tracks the adventure of two men: Joaquín Murrieta, a legendary outlaw whose status rose to that of a Mexican Robin Hood, played by Bernal; and Carrillo, Alejandro Speitzer’s character. Their paths cross amidst a violent misunderstanding, but they unite to face a common enemy, Harry Love, embodied by Steve Wilcox (“S.O.Z.: Soldiers or Zombies,” “Sons of Anarchy,” “The X-Files”).

“We are thrilled to be able to bring original stories to Amazon Prime Video customers and share a production made in Mexico that, in addition to delivering an exceptional story, has the highest production standards,” said Javiera Balmaceda, head of local originals, Spanish-speaking Latin America, Amazon Studios.

“For a long time we have wanted to make a Western told from our Latin American perspective, and the fact that Amazon Prime Video has bet on this series and has joined us on this adventure is a dream come true,” enthused Ramírez Schrempp of Dynamo and Leiva-Cock of Fidelio in  joint statement. They called the series “a story of Mexican identity where current issues of migration, race, and discrimination are explored, under a genre that has seldom been explored in our region.”

“It is a story of heroes and anti-heroes, exposing our diversity and our tenacity,” they went on. “It is also the creation of a myth from different points of view, in a newly created border after the Mexican-American War. It is a series with a modern twist on its language that will surprise and captivate not only genre lovers, but a much wider audience.”

Source: https://variety.com/2021/streaming/global/amazon-cabeza-de-joaquin-murrieta-jose-manuel-bernal-1235057736/
We use cookies to ensure that we give you the best experience on our website. If you continue to use this site we will assume that you are happy with it. Ok