Rossignol had recently acquired the Southern California-based bike brand in 2017 .

While Pierer has a long history in gas-powered bikes, it is moving aggressively into e-bikes and other low-voltage two-wheelers in recent years. In the U.S., the Austria-based company began selling its Husqvarna e-bikes in the U.S. and Canada, earlier this year, primarily through its motorsports dealerships.

Stefan Pierer, the CEO of Pierer Mobility, said, “The acquisition of Felt Bicycles fits perfectly with the overall strategy of Pierer E-Bikes – that of becoming a global player in the field of two-wheel mobility, with both electric and non-electric bikes, across all cycling categories. With FELT we are able to expand our bicycle portfolio and also strongly enter the North American market with an established, high-performance brand. The company is also heavily involved in competition, which brings an extra attraction for us.”

The company bought the Felt brand assets and business assets in Europe and North America. Felt employees will be integrated with the Pierer E-BIkes Gmbh group.

The Felt sale follows Rossignol’s offloading of its Time bike and Time pedal businesses earlier this year and completes the French mega-brand’s exit from a multi-brand strategy in cycling. Rossignol will continue to sell Rossignol-branded bikes.

After the purchase of Time in 2016 and Felt the following year, Rossignol had told investors it was making a strong push into counter-seasonal offerings as climate change made the ski business less reliable.

“The objective is to complement skiing with an outdoor activity that isn’t tied to winter sports, to add a second pillar to the group so it doesn’t depend only on snow,” the company’s chief executive, Bruno Cercley, said in 2015 , as the company was negotiating to take over Time after the death of its founder, Roland Cattin.

“Cycling is a sector with strong potential and is very dynamic, which would be very complementary between winter and summer,” Cercley added.

However, by 2020 the company found that Time’s French-made frames couldn’t match the price of Asian-made competitors and sales fell quickly and announced that it planned to close, restructure or sell the Time business .

This spring it sold the Time bike and frame business to a new company founded by U.S. bike industry veteran Tony Karklins and a French partner. It sold Time’s pedal and shoe business to SRAM, which recently resumed Time pedal production, in Portugal .

Rossignol never publicly announced it was looking to sell off Felt, but after the Time sale it seemed inevitable.

The sale brings Felt back to its motorcycle roots, in a sense: Company namesake and co-founder Jim Felt had his start in the motorcycle industry before (and after) he began welding custom triathlon frames in the late 1980s. He later partnered with Bill Duehring and Michael Müllmann to launch Felt as a complete bicycle brand in 2001. Jim Felt left the company in 2017, a few months after its sale to Rossignol and Duehring left a year later.

Felt has been a household name in the tri industry—sponsoring world champions like Daniela Ryf and Michellie Jones. Though the brand has pulled back its pro athlete sponsorships in recent years, there have been rumors and pictures of a new Felt superbike during 2021.

Globally, Pierer sold about 40,000 e-bikes in the first half of 2021 despite supply chain constraints.

Pierer Mobility was known as KTM Industries Group until 2019. The company has nearly 5,000 employees and recorded sales of 1.1 billion euros ($1.25 billion) in its most recent half fiscal year. It is traded on the Swiss stock exchange under the ticker symbol PMAG .

(KTM bikes and e-bikes, rarely seen in the U.S., are manufactured and sold by KTM Fahrrad, another Austrian company that is not connected to Pierer. KTM Industries Group changed its name to Pierer Mobility Group to end confusion between the companies.)

Globally, Pierer sold about 40,000 e-bikes in the first half of 2021 despite supply chain constraints.

Husqvarna E-Bicycles was launched in North America early in 2021. The brand now lists about 50 U.S. dealers — all powersport dealers — on its website. R Raymon and GASGAS e-bikes are not yet sold in the U.S. 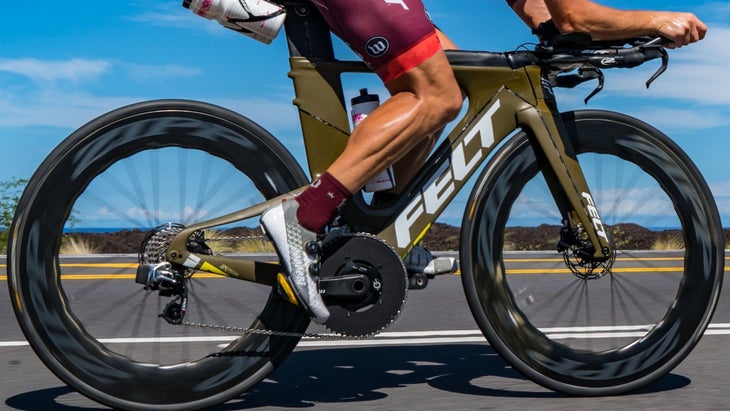 What does this mean for Felt, which doesn’t currently sell an e-bike?

One manager at Felt said there are more cultural connections between Felt and Pierer’s two-wheeled brands than with Rossignol’s winter-sliding focus.

“Skiing is great, but I think the two-wheeled alignment is fantastic,” the manager said, noting that Pierer’s brands are heavily involved in motorized racing around the world, much as Felt has a long history of supporting teams and athletes in cycling and triathlon. “They are all about optimizing products to go fast and be the world’s best. That was music to my ears,” the manager said.

In recent years Felt removed mountain bikes, cruisers, and e-bikes from its line and put the focus on speed: drop bar road and gravel bikes, triathlon bikes, and a small selection of hybrid bikes.

Still, given Pierer’s focus on motorized mobility, it wouldn’t be surprising to see Felt get back into the e-bike market eventually, perhaps offering Felt e-bikes through IBDs while Husqvarna remains a motorsport dealer brand.

KTM recently began  an expansion of its corporate campus in Murrieta, California , not too far from Felt’s headquarters in Rancho Santa Margarita, California. The campus is adjacent to KTM’s private motorsport facility that includes two supercross tracks, two extreme off-road courses, and a trial competition section.

Felt is expected to remain at its current headquarters for now.