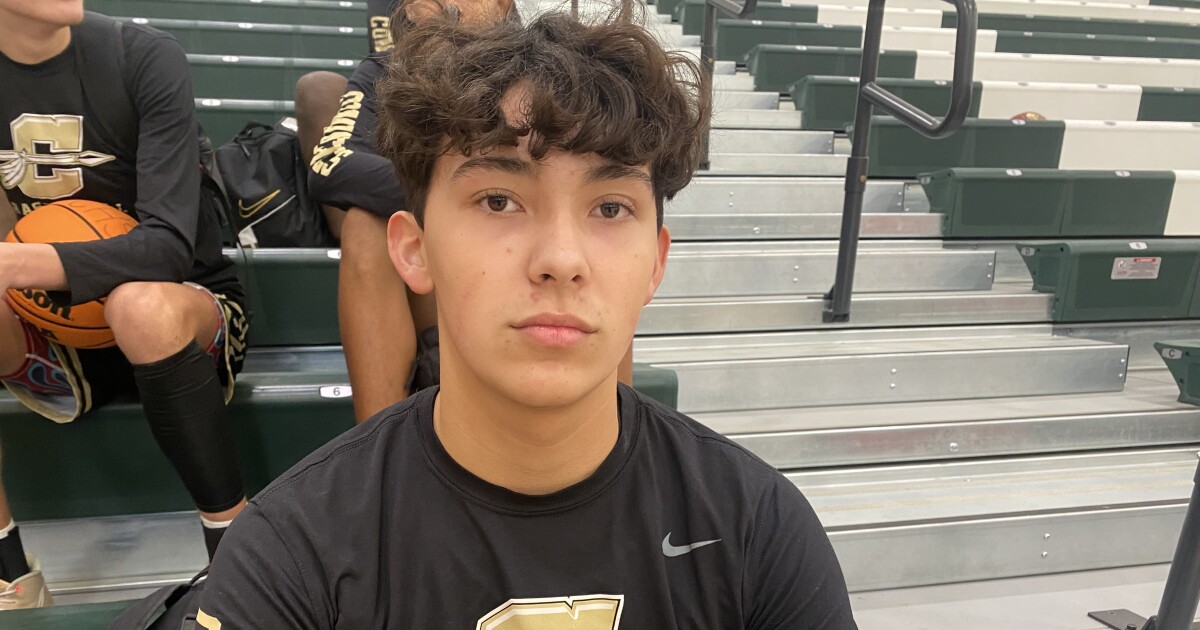 Freshmen make impact on opening day of Classic at Damien

When a high school basketball coach uses the term “old school” to describe a player, that’s as good a compliment as you could want. Anaheim Canyon‘s Nathan Harrison offered that kind of praise for 14-year-old freshman Brandon Benjamin, a 6-foot-3 center who finds ways to score by using his body and instincts to frustrate taller defenders in the key.

Freshman Brandon Benjamin of Anaheim Canyon is 6-3 but knows how to score inside. He’s averaging 16 points. Look how he scores against 6-10 defender from Rancho Verde. pic.twitter.com/3rjf5O7t9J

Benjamin scored 20 points Monday in Canyon’s 64-42 win over Moreno Valley Rancho Verde in an opening game of the Classic at Damien. He’s averaging 16 points and has helped lead Canyon to a 12-2 start. Harrison keeps calling Benjamin “old school” because he’s not flashy but finds ways to score and contribute. He had two threes Monday.

Another freshman making an impact was 6-5 Jovani Ruff of Long Beach Poly. He scored 15 points in the Jackrabbits’ 70-67 win over Capistrano Valley Christian in the Gold Division. The return of senior point guard Christian Watson also was key in Poly’s win.

More teams pulled out of tournaments throughout the Southland on Monday because of health and safety protocols, including North Hills Heritage Christian and Norco and girls’ teams from Santa Ana Mater Dei and Rancho Cucamonga Etiwanda. Tournament organizers will be scrambling to be creative on matchups or find last-minute replacements.

Damien 70, Sacramento Jesuit 59: The Spartans improved to 15-0. RJ Smith and Jimmy Oladukun each had 19 points.