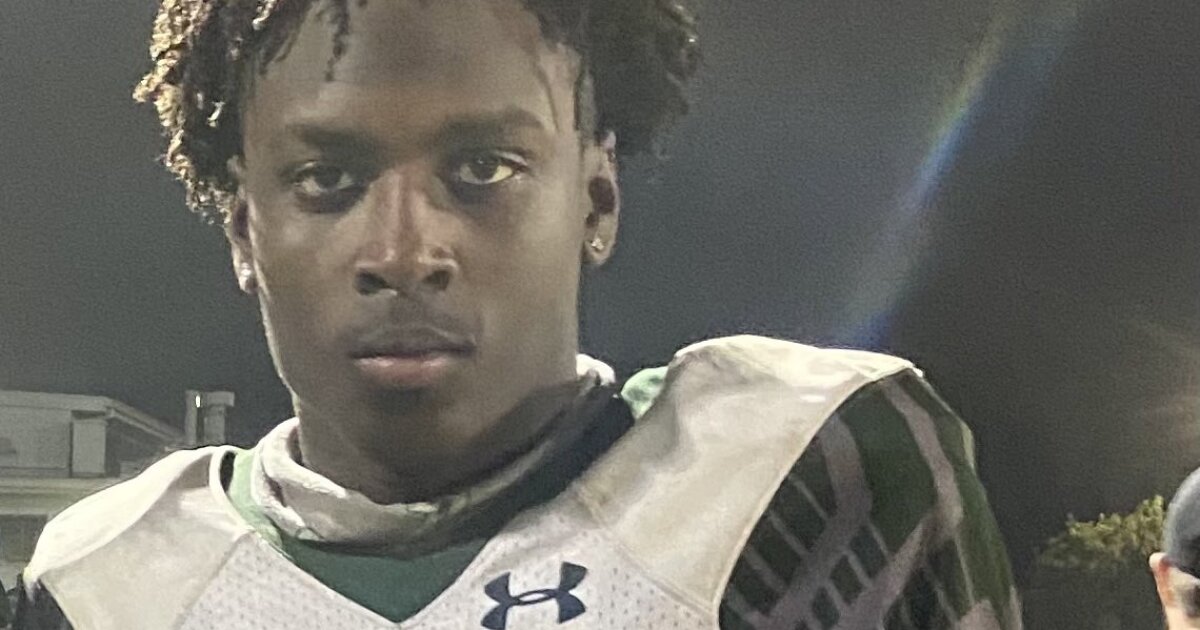 As players began to celebrate following his team’s overtime victory over Franklin on Friday night in the opening round of the City Section Division I playoffs, Canoga Park High coach David Perez took a knee.

He was grateful that Franklin’s attempt to complete a two-point conversion pass dropped incomplete, giving the Hunters a 35-34 victory.

“It was amazing,” Perez said.

Kayden Collins led the victory, rushing for 208 yards and scoring four touchdowns. He scored the Hunters’ touchdown in overtime, giving them a 35-28 lead. Franklin followed with its own touchdown, then decided to go for the win instead of a tie.

Canoga Park had been using a three-man front most of the game to deal with the Panthers’ passing attack. After a timeout, Perez changed everything. This time the Hunters rushed four and applied just enough pressure to force an incompletion.

Canoga Park will face Arleta in the quarterfinals.

Interception machines: Mychai Williams of Dorsey got his 10th interception of the season to help the Dons (9-2) claim their seventh consecutive victory under first-year coach Stafon Johnson, a 48-13 Division I triumph over Chatsworth.

Takari Carr came up with three interceptions as Compton Dominguez defeated No. 2-seeded Yucaipa 56-22 in the Southern Section Division 6 playoffs.

No. 1s eliminated: It was the CalPreps.com computer that picked the No. 1 seeds in the 14-division Southern Section playoffs, and the opening weekend saw No. 1 go down to defeat in Division 3, Division 5, Division 8 and Division 10.

Unbeaten seasons end: North Hollywood Campbell Hall and Panorama City St. Genevieve, small schools with limited football success, each entered the playoffs unbeaten after having their best seasons in years. Under the new playoff format, they were forced to play in much tougher competitive equity divisions and ended up losing Friday night. Campbell Hall (10-1) was beaten by Santa Barbara 36-20. St. Genevieve (9-1) lost to Chino Hills 17-7.

Running gains momentum: As much as teams enjoy passing the ball, running has become the way to go to advance in the playoffs. Vista Murrieta received 203 yards rushing from Gavin Galzote to defeat San Bernardino Cajon 40-27 in Division 2. Mission Hills Bishop Alemany, top seed in Division 1, pounded the football in a 45-14 win over Santa Barbara Bishop Diego.

Big games next week: The quarterfinals have some intriguing matchups in Division 2. Huntington Beach Edison will face unbeaten Inglewood at El Camino College. Mission League rivals Bishop Alemany and La Puente Bishop Amat will square off at Bishop Amat. Chatsworth Sierra Canyon will be on the road against Vista Murrieta. Orange Lutheran will play at Corona del Mar in an Orange County showdown.