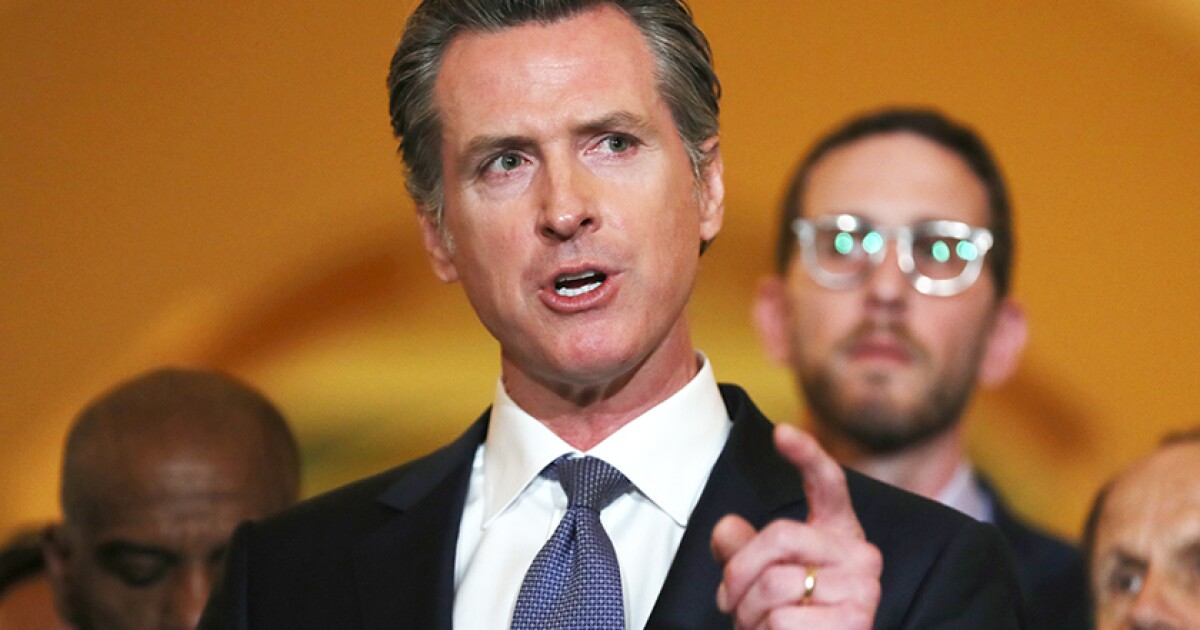 Faced with criticism from many Californians thrown out of work during the COVID-19 pandemic, Gov. Gavin Newsom on Tuesday gave his approval to a package of bills aimed at reducing delays and fraud in the state’s beleaguered unemployment benefits system.

The legislation was signed into law less than a month after after Newsom beat back a recall attempt in which those seeking to remove him from office cited problems that included long waits for unemployment benefits for hundreds of thousands of jobless Californians.

Leaders of the state Employment Development Department admitted they were overwhelmed by the flood of nearly 24 million claims for benefits since the pandemic began early last year. Although the agency paid out more than $175 billion in benefits, it acknowledged that it discovered later that at least $11 billion in payments went to fraudulent claims.

On Tuesday, Newsom signed five EDD-related bills, including Assembly Bill 56, which requires the agency to implement recommendations of recent state audits that include creation of a plan to speed up payment of benefits.

The bill by Assemblyman Rudy Salas (D-Bakersfield) also requires the EDD to assist claimants who are victims of identity theft and set up a new office to coordinate anti-fraud efforts.

Salas said that the new law sends a clear message to EDD that “reforms are needed right now. We are stepping up to protect taxpayers, stop fraud, improve the claims process and bring accountability to EDD.”

Newsom had previously taken steps to modernize the EDD and speed up claims, including the appointment last year of a strike team of government efficiency experts who recommended sweeping changes.

The governor also signed Assembly Bill 110, which requires the state prison agency to provide the EDD with personal identifying information on inmates so it can be matched against claims for unemployment.

Assemblywoman Cottie Petrie-Norris (D-Laguna Beach) said her measure is needed to put the requirement into law after the EDD paid some $810 million in benefits on tens of thousands of claims filed in the names of prison inmates, including convicted murderers on Death Row.

The new law, she said, “will enable EDD to implement basic business processes so that unemployment funds go to those who desperately need them, not to fraudsters trying to make an extra buck.”

Newsom also signed legislation Senate Bill 390, which mandates that the EDD develop and update plans to respond quickly to future economic recessions like the one brought on by the pandemic.

Sen. John Laird (D-Santa Cruz) said the new law he wrote will make sure EDD has a recession plan “that will serve as a road map of what to do in times of great need.”

The governor also signed Assembly Bill 397, which requires EDD to give applicants for unemployment advanced notice when they are denying a claim, including the reason for the rejection, and allow the person involved to contest the decision.

“With increased clarity and a right to cure we can prevent Californians from being locked out of benefits when they need them most,” said Assemblyman Chad Mayes (I-Rancho Mirage), who authored the measure.

Newsom also signed Assembly Bill 12, which requires the EDD no later than 2023 to halt its practice of sending Social Security numbers to claimants and others in the mail where they can be intercepted by criminals that commit identity theft.

Assemblyman Kelly Seyarto (R-Murrieta) said the law he wrote is needed to “protect Californians from all departments and agencies that may be following the same practices and endangering the identities of millions of Californians.”