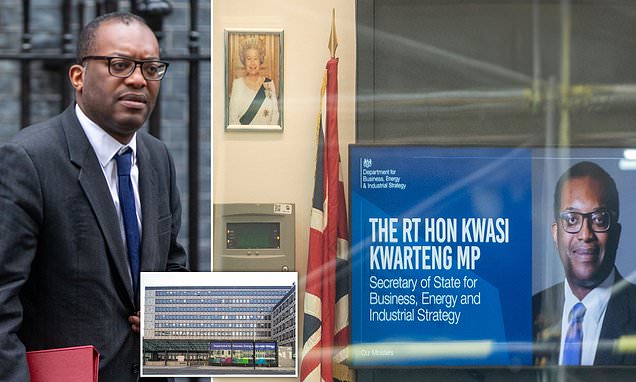 Civil servants working for the Business Department have been accused of showing disrespect to the Queen after refusing to rehang a large portrait of her in their offices.

The picture had been displayed prominently in the reception of the Department for Business, Energy and Industrial Strategy offices for several years, but was temporarily removed while the area was refurbished.

The expectation among aides was that the pictured would return to the main entrance upon completion, but several weeks later it is yet to be rehung.

Allies of Business Secretary Kwasi Kwarteng are understood to be in a battle with officials at the offices over the picture, The Sunday Telegraph reports.

Insiders in the department have contacted civil servants involved in the project to request that it be returned.

After several weeks of not following the instruction, though, the civil servants have now chosen to hang a much smaller picture - understood to be inside a frame measuring as little as eight by six inches.

The move has incensed Mr Kwarteng's aides. with sources also disclosing a memorial plaque in commemoration of officials from the former Ministry of Power who died during World War Two has been placed in the 'basement'. 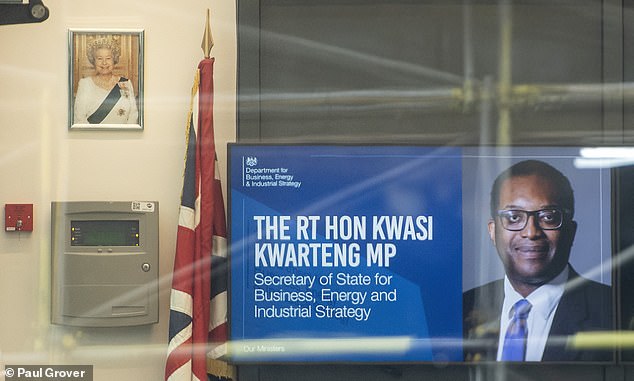 A small portrait of the Queen inside the offices of the Department for Business, Energy and Industrial Strategy 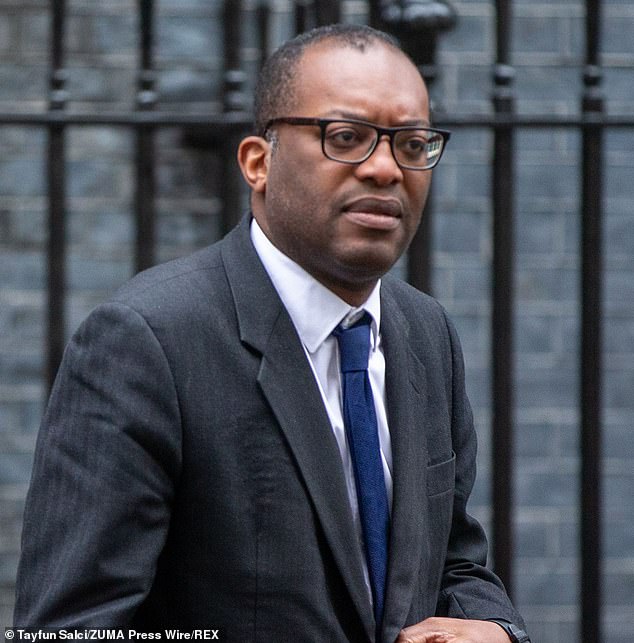 Aides of Kwasi Kwarteng are said to be at loggerheads with civil servants in the Department for Business, Energy and Industrial Strategy offices 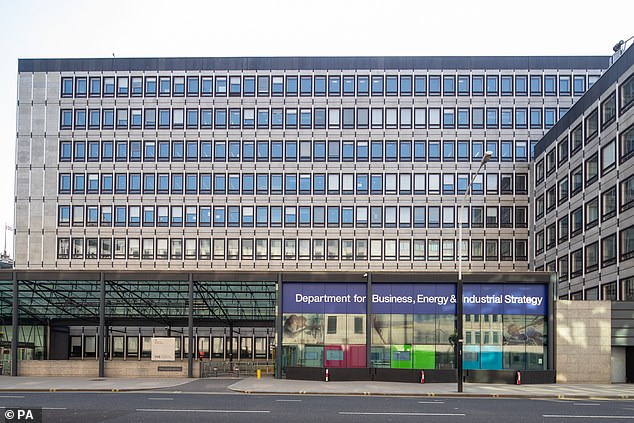 The portrait hung in the reception are of the Department for Business, Energy, and Industrial Strategy offices in Victoria Street, London (pictured)

A source said: 'I think some of my colleagues forget we work for Her Majesty’s Government.'

A second added that the new picture of the Queen 'may as well be the size of a stamp' and described it as 'laughable'.

Tensions were already high after civil servants suggested the word 'Christmas' should be removed from official letters due to be sent to business leaders.

Officials suggested 'festive season' be used instead on the basis that it is more inclusive.

They were overturned following a lengthy debate over email.

Civil servants are supposed to be impartial and steer away from party politics.

However, tensions have been rising between ministers and civil servants amid the Government's 'war on woke'.

It comes as civil servants have been told to stop saying 'Brexit' and to refer to the UK's departure from the European Union using the date of '31 December 2020'.

A Whitehall 'style guide' advises staff to avoid the word 'Brexit', arguing it should only be used when necessary for 'historical context'.

Staff have also been told to steer clear of the term 'transition period' which refers to to the months when the UK and Brussels were hammering out the terms of their future relationship.

Officials reportedly help up plans as they felt it was not 'inclusive' enough and risked offending other religious groups.

By Jamie Phillips for MailOnline

Whitehall mandarins tried to stop Liz Truss wining and dining a US diplomat and eight others at a Tory donor's Mayfair club to save just £400 on a lunch bill.

The Foreign Secretary 'overruled officials' and 'explicitly asked' to use 5 Hertford Street in central London, owned by millionaire aristocrat Robin Birley, before spending hundreds of pounds on gin and wine alone.

Ms Truss is said to have 'refused to consider anywhere else' for the lunch, describing suggestions for a cheaper and less party political option as 'inappropriate', reports The Sunday Times.

Efforts to save money on the bill come just months after civil servants across at the Foreign Office were accused of working to rule and failing to understand the severity of the Afghanistan evacuation crisis in August.

A whistleblower cited an eight-hour shift culture and the refusal to work weekends as reasons for failures that led to Afghan civilians being 'left behind and murdered by the Taliban'.

Top civil servant Sarah Healey, permanent secretary at the Department for Digital, Culture, Media and Sport, was also accused undermining ministers attempts to get officials back into the office last year after hailing the benefits of working from home because she could use her Peloton bike.

Following rules to the letter regarding the lunch, though, civil servants in the Department for International Trade were said to be so concerned over the venue's cost and links to the Tory party that they referred Ms Truss' suggestion to the permanent secretary - the department's most senior official.

Hailed as London's 'most influential and secretive members' club', 5 Hertford Street is where Prince Harry and Meghan had their first date, and where Tony Blair enjoyed a drink with Rupert Murdoch's then wife Wendy Deng.

Its owner, Mr Birley, is the half brother of Environment Minister Lord Goldsmith of Richmond Park and donated £20,000 towards Boris Johnson's leadership bid.

The venue has also been used by the Foreign Secretary, 46, to host 'Fizz with Liz' meetings to schmooze Tory MPs and 'Biz for Liz' events with potential financial backers for a leadership bid. 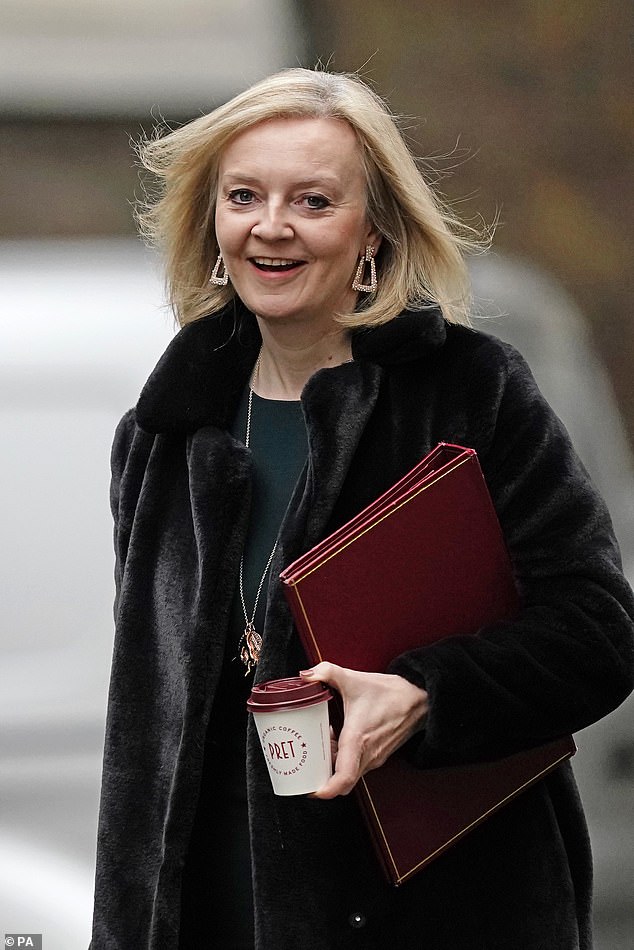 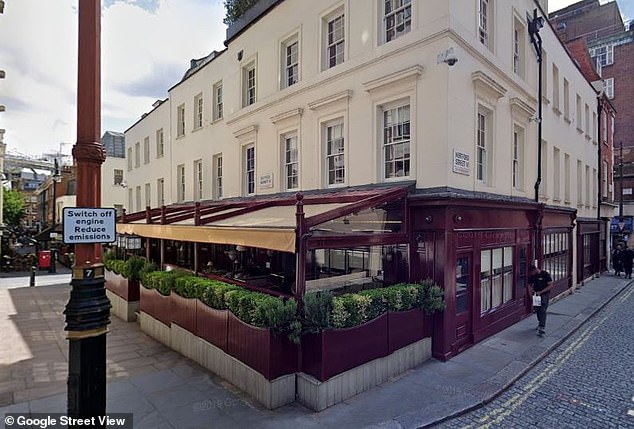 On June 15, an official described the club as 'obviously incredibly expensive and more than I understand we'd usually expect to pay for such a venue'.

In an email, they added: 'SoS (Truss) is hosting Katherine Tai tomorrow for dinner. She wishes to do so in a private dining room.

'[Her special adviser] is insisting it takes place at a private members’ club called 5 Hertford Street. She’s recommended this based on having been there before — her argument is that it’s of the appropriate size and standing.

'To my knowledge we haven’t hosted anyone there before as a department.'

The email said official had suggested another option, Quo Vadis in Soho, which 'costs only £1,000'.

This was refused on behalf of Ms Truss, though, as she was 'insisting we book 5 Hertford Street' and Quo Vadis would be 'inappropriate'.

The email continued: 'Something we’ve just discovered is the owner ... is Robin Birley, a donor of the PM, Conservative Party and Ukip.

'I understand the venue hosts party events, which is presumably how SoS and [her special adviser] know it.'

Civil servants subsequently entered negotiations with the venue regarding the price, leading to its events manager agreeing to waive hire fees and reduce the overall bill to £1,400 on the agreement it is paid immediately after the meeting.

The condition left civil servants having to scramble and use an emergency process to sanction the payment.

Another official said the payment would have to be published under transparency rules, but reassured that it could be justified because the discount represented 'real VFM [value for money]'.

Permanent secretary John Alty said he was 'content' with the agreement. 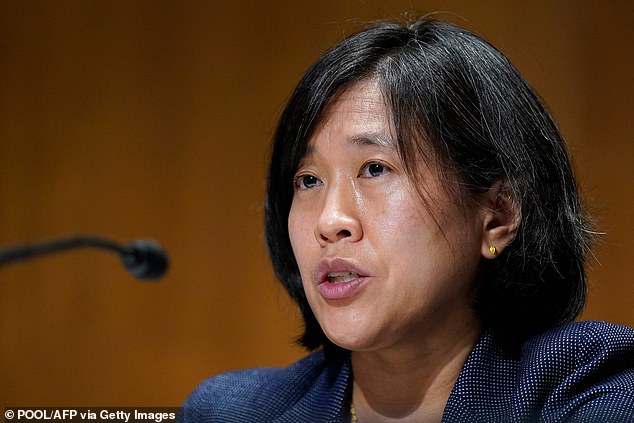 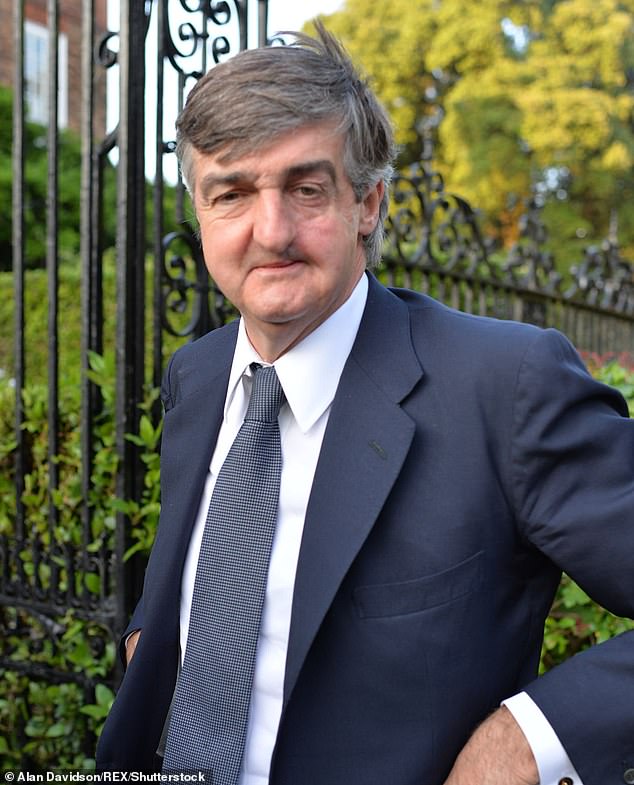 Robin Birley (pictured) is the half brother of Environment Minister Lord Goldsmith of Richmond Park and donated £20,000 towards Boris Johnson's leadership bid

It is understood ten people were present at the dinner, with a receipt showing Ms Truss, Ms Tai and others purchased two bottles of Tanqueray, the London dry gin, three £153 bottles of Pazo Barrantes Albarino by Marqués de Murrieta and two bottles of £130 Coudoulet de Beaucastel.

Despite regularly playing host to politicians, royals and stars of the stars of the entertainment industry, with its basement club Loulou's having showcased the dancing styles of George Clooney and Leonardo DiCaprio, 5 Hertford Street had losses of £236,873.

Ms Truss leapt ahead of Chancellor Rishi Sunak as Tory members' favourite to replace Boris Johnson as Prime Minister last week, according to a new poll.

The UK's top diplomat and new leading Brexit negotiator leapfrogged the Chancellor in party popularity after his tax-and-spend budget in November, figures from Conservative Home suggest.

However, Mr Johnson's allies kicked back at Ms Truss last month over her 'pathetic' leadership jockeying.

A spokesman for the Department for International Trade said: 'This was a diplomatic working dinner attended by the previous international trade secretary, senior UK officials, and US counterparts from our largest single trading partner.'