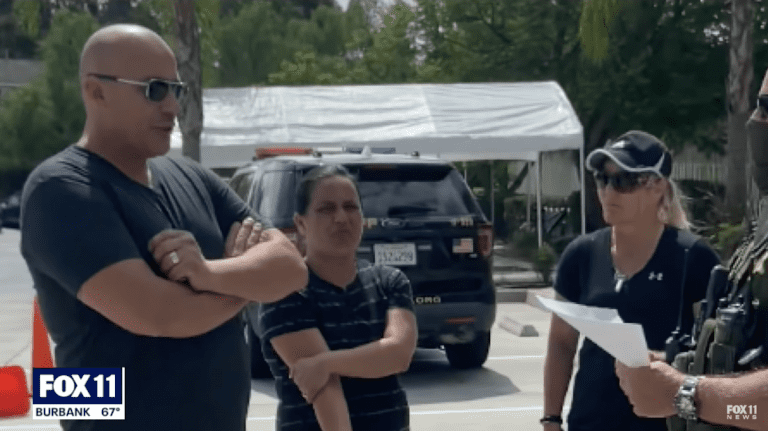 An entire family full of Christian anti-maskers are trying to infect a high school and they’re whining about how the school keeps getting in their way.

According to Gary Nelson, who teenage kids attend the Springs Charter Schools Temecula Student Center in California, the children were sent home for not wearing face masks even though they claimed a religious exemption to the school’s policy. As if anyone cares.

“The Bible says we’re made in the image of God and Satan tries to cover that up. A mask is a sign of oppression,” Nelson said Thursday. “If it was Muslim, Jewish or something of a more high-profile minority religion in this country, yes, they would have accommodated … just to say they weren’t discriminating based on that religion. But they feel safe because it’s Christianity.”

Refusal to wear a mask is not a tenet of the Christian faith.

There’s no reason to believe Muslims or Jews would be allowed to get away with infecting other people with a deadly virus because of their faith — and absolutely no evidence anyone else has tried to do that. That’s just something Nelson made up because he’s a Christian liar who believes he’s allowed to hurt other people in the name of Jesus.

The school has made it clear the children were kicked out for not following the rules and their faith had nothing to do with it:

Nelson is raising his children to be as selfish and ignorant as himself. They have no respect for the health and well-being of their classmates, teachers, or administrators. Nelson claims his kids “excel academically” but apparently neither of those children have any clue about how COVID works more than a year into this pandemic. The family wouldn’t say if any of them had been vaccinated.

For now, the kids are at home, but they can still take classes and access their teachers remotely… which is honestly more than they deserve. But maybe by whining over this, they’re sending a clear signal to college admissions officers that they have no business being on their campuses in the future.

Source: https://friendlyatheist.patheos.com/2021/08/27/siblings-banned-from-ca-school-after-claiming-religious-exemption-to-face-masks/
We use cookies to ensure that we give you the best experience on our website. If you continue to use this site we will assume that you are happy with it. Ok