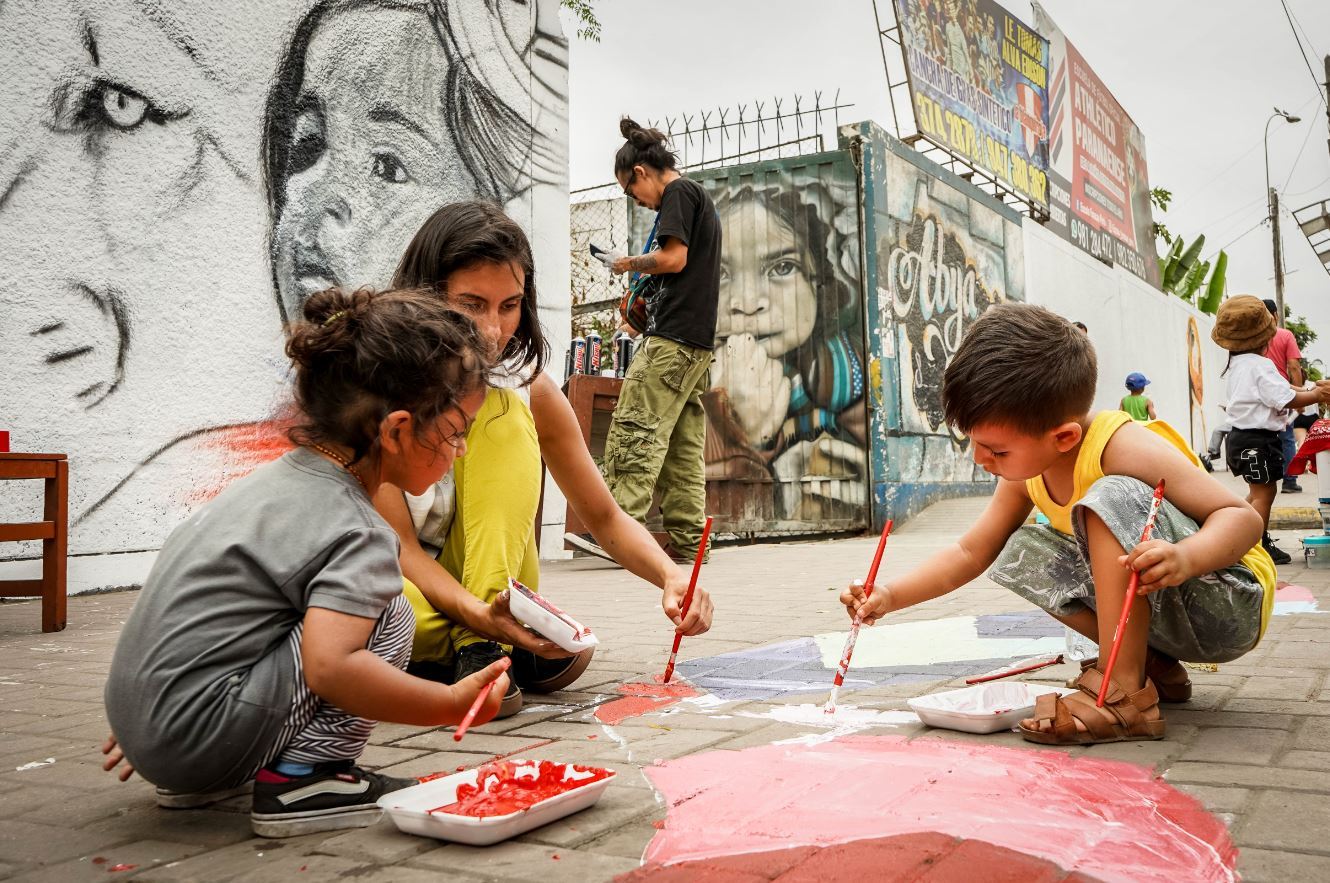 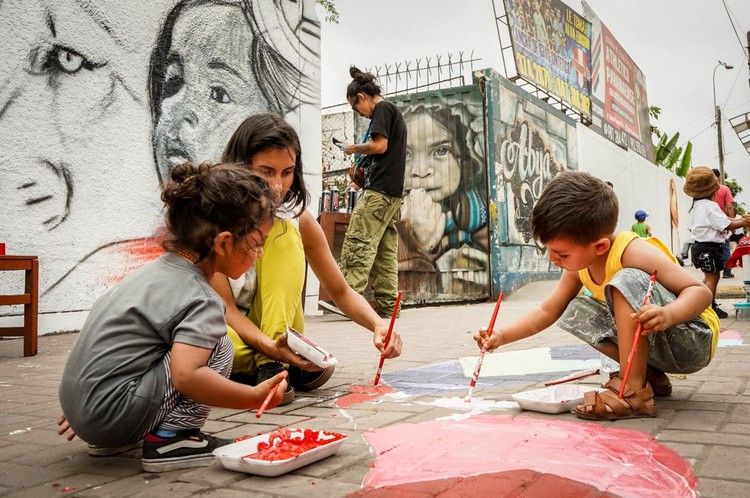 Lucía Nogales is the general coordinator of Ocupa tu Calle (Occupy your Street) —an UN-Habitat, Avina Foundation-supported initiative promoted by Lima Como Vamos— which focuses on 'citizen urbanism' for inclusive and resilient cities in Latin America.

In the context of the latest edition of the International Urban Interventions Festival (FIIU), we talked with Lucia Nogales about Ocupa tu Calle's citizen urbanism approach, their inspirations, main learnings, and upcoming steps. 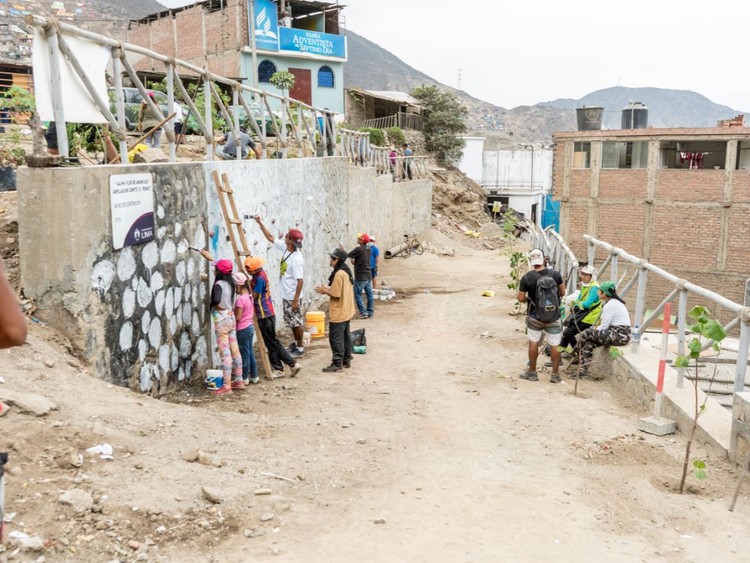 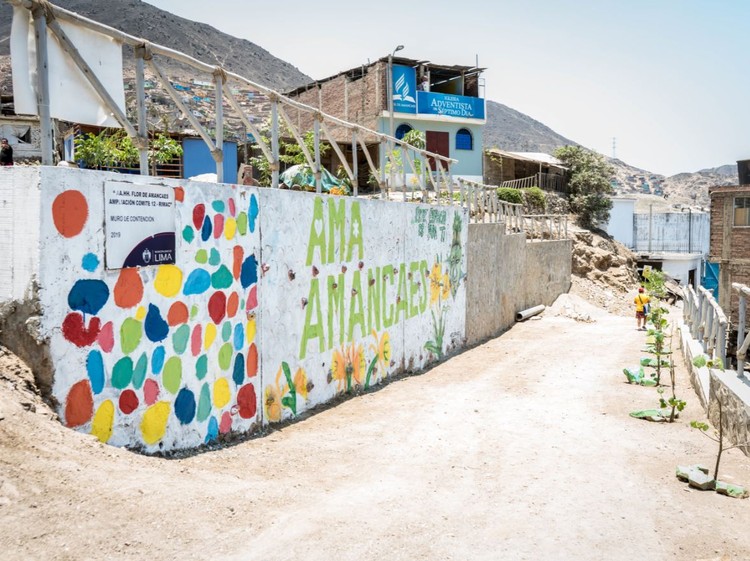 Fabián Dejtiar (FD): First of all, what do you understand by "Citizen Urbanism"?

Lucía Nogales (LN): Citizen Urbanism is a concept that we are promoting and defining alongside other organizations in Latin America trying to encompass the series of projects, people, and initiatives that claim an alternative urban model, forged from the knowledge of social dynamics. A model that applies innovation, participation, and collaboration tools for the design and planning of more equitable cities; thought from, for, and with people, including them at all levels of decision-making.

We feel that there is an indiscriminate use of international terms, such as tactical urbanism or placemaking to speak of small-scale, temporary and participatory urban interventions. However, they do not necessarily respond to the regional context, nor do they cover all actions that are emerging.

Alongside Ciudades Comunes organization, we're developing a book entitled "Citizen Urbanism in Latin America", which we hope to launch by the end of 2021. The publication compiles projects in Latin America and features a series of articles and researches as an initial theoretical framework of the concept. It will be great! 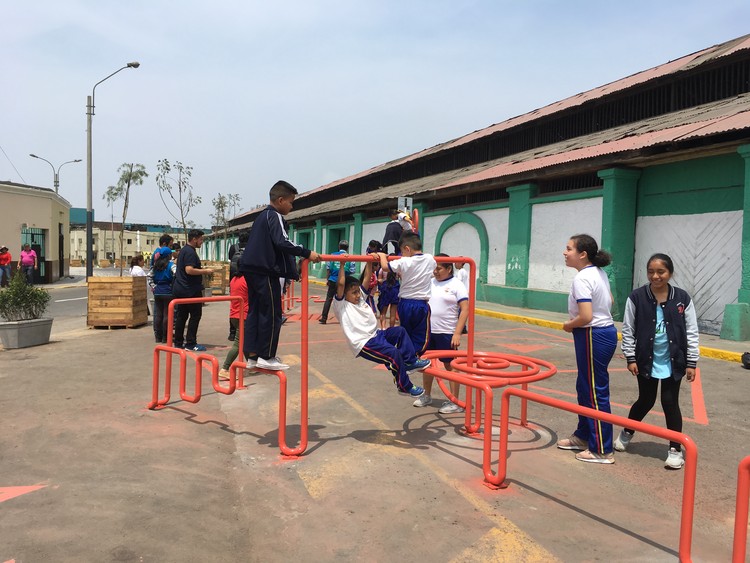 FD: As far as I know, Ocupa tu Calle is a citizen initiative that was born in 2014, originally promoted by Lima Cómo Vamos Citizen Observatory. What did initially inspired you to develop this initiative and why did you decide to continue it?

LN: To answer this question, I have asked Mariana Alegre, our director and founder of Lima Cómo Vamos. So, the following answer is from Alegre:

"In 2014, Lima Climate Change Conference (COP 20) was held in Peru so that we wanted citizens to be able to "live" the sustainable city by showing the potential of public spaces on a human scale.

After evaluating several options, we implemented the first parklet in Lima, in order to promote this type of solution in the city. This was done at a grocery store parking slot in the Miraflores district. Both the mayor of the district —currently serving as mayor of Metropolitan Lima— and the supermarket managers were convinced due to the temporary nature of the intervention.

Initially, it was going to be a 2-week intervention, however, thanks to the factual evidence generated around the intervention, it was proved that people used the space a lot, which made the intervention stay much longer and eventually was refurbished with more resistant materials. This first intervention was possible thanks to funds granted by the Fundación Avina. Then, as a result of this experience, we obtained a fund from UN-Habitat to carry out 8 more interventions and since then we have only grown."

Resuming my own answer: one of the outcomes so far is the contagious and inspiring effect of these processes. Although it is a double-edged sword since the increase in done interventions does not necessarily speak of their quality. Anyway, I believe that this type of action has contributed to highlighting the importance and potential of human-quality public space. 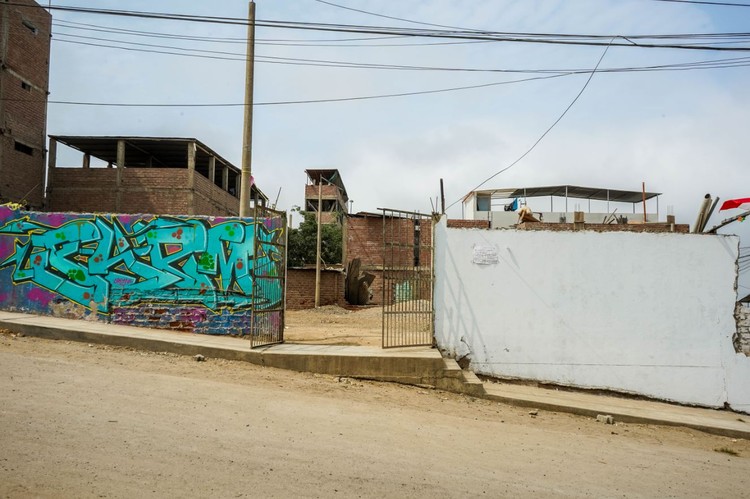 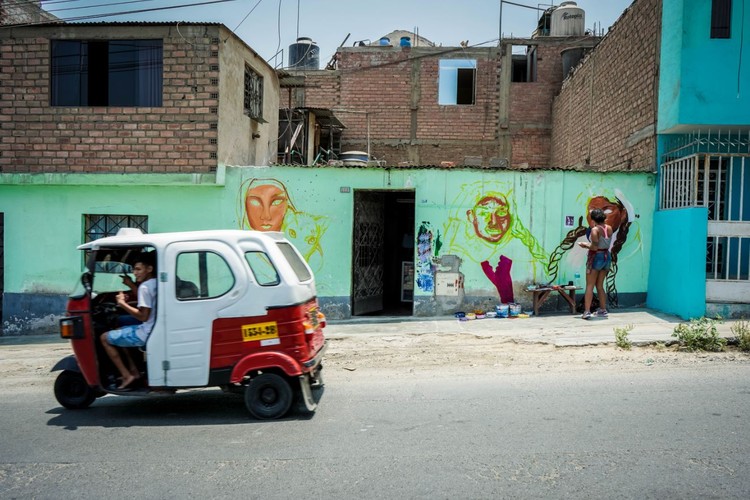 FD: What steps are you leading regarding to "improve the quality and reduce the inequality of urban life by promoting the recovery of disused public spaces, the improvement of existing spaces, and the generation of new public areas"?

LN: Someone once told us that they were very ambitious goals. We do not want to stop talking about urban inequality, since it is one of the structural problems that most affect the region —Latin America is, indeed, the most unequal region in the world. That is why our focus has always been to influence public policies and private practices. To do this, we have several lines of action: on the one hand, we work “behind the scenes” attending meetings with key government actors, providing our opinion, and supporting with data or specific proposals. Since 2019, we have been promoting the Pacto por los Espacios Públicos (Pact for Public Spaces). In 2021, 17 municipalities from 4 cities in Peru have signed it so far. It is a process that we are very proud of as it is evolving very well and we believe it has a lot of potentials, so we are putting together a scalable strategy.

Likewise, we coordinate and promote the public spaces table of Lima Cómo Vamos's "Urban Agenda: Where are we going?" This agenda is a space for articulation, learning, and projection that allows us to identify short and medium-term projects; feasibility of execution; debating the necessary transformations for the future of our cities and territories at the national level.

Representatives from the central government, international cooperation, and the private sector attend, and as the main product, we are developing a Policy Paper on Public Spaces that will be delivered to various representatives of the recently sworn government. We promote the generation of evidence for the evaluation of the results of the interventions, through data measurements, in order to learn from the processes with quantitative data.

Events such as the International Urban Interventions Festival (FIIU) and the courses we currently offer help us to make visible the work that is being done and inspire more people to join the transformation of our neighborhoods and cities, into more humane, inclusive, and resilient spaces. I think that allows us to mark a difference from other companies or organizations: we don't want to do things alone. We believe that articulation and collaboration are key pillars to generate real transformation processes. 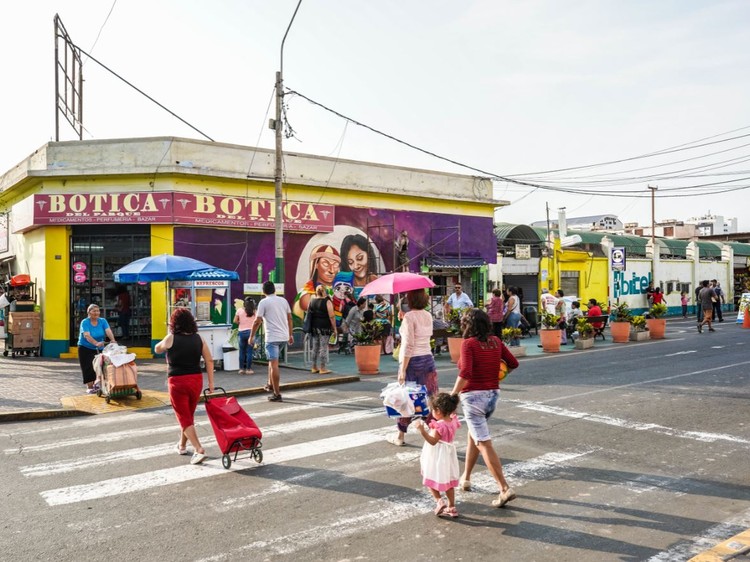 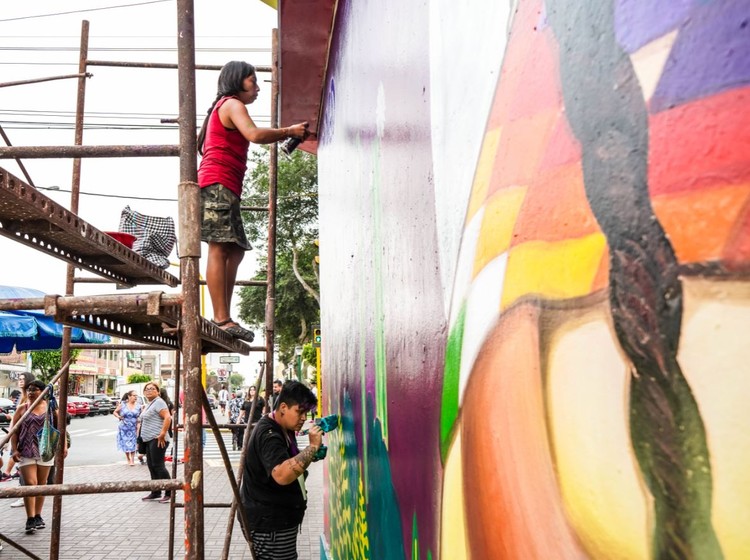 FD: "Citizen urbanism in times of crisis" is the main theme of the FIIU this year. One of the main questions the event tried to answer was to know what we all have learned over the last months. Could you summarize some of the event's main conclusions?

LN: The pandemic has proved the value of public space and that is an opportunity that must be managed. When we got stuck at our houses, many people understood how necessary public spaces are for health. In Peru, for example, femicides increased, because women no longer had space to flee from their aggressors. Concrete examples like that show us how the city can not only take care of you but even save your life. The inequality has been evidenced by the popular hashtag #quedateencasa (Stay at Home) which could only be fulfilled by those who had one.

The health crisis caused by the ecological crisis —linked to the socioeconomic crises in which we find ourselves— does not leave a very hopeful outlook. However, along with the crises, the citizen organization also grows and that is the great takeaway where the Festival wanted to focus.

We're witnessing diverse and creative manifestations demanding structural changes; olla comunes (community meals/makeshift kitchens) popping up due to hunger; online participation dialogues that try to bridge the distances that the new measures demand of us. New tools to achieve more inclusive and transparent governance. And networks, many networks to strengthen processes and approaches. These are some of the lessons that I can summarize from the Festival, which grows more each year and leaves a beautiful aroma: change is possible. 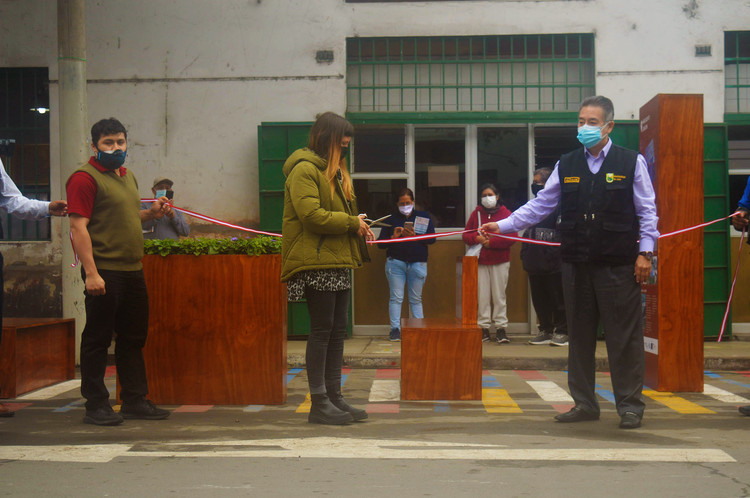 FD: What do you think are the next challenges to be addressed in Lima on the subject? Are there any upcoming projects in mind?

LN: Decentralization through neighborhood strengthening. A few months ago, I found a fairly old definition of a neighborhood by Michel de Certeau in 1976: the neighborhood is that part of the city where the transition between the private space of our homes and the larger urban space of the city takes place. In other words, when we leave our homes, we do not enter directly into that maelstrom and effervescence that the city embodies, but we still have to overcome a space of trust where we feel comfortable.

The neighborhood is a community, a domestic space where you can know the names of your neighbors and local businesses; where care networks emerge; where urban gardens are possible; where identity can be celebrated with a party dress, and where we can walk everywhere. This last point brings us to the great challenge of mobility: it is unbearable that people have to commute for several hours a day.

We will apply these learnings and approaches in the Reinicia Tu Barrio project (Restart Your Neighborhood project). It's a Bernard Van Leer Foundation-backed project under the Urban 95 program that aims to develop specific advocacy and networking strategies that allow coordinating the different existing urban processes focused on early childhood.

The project seeks to train key actors and agents in the implementation of sustainable urban initiatives that improve living conditions under early childhood approaches through experiential learning processes.

This article is part of the ArchDaily Topic: Equity . Every month we explore a topic in-depth through articles, interviews, news, and projects. Learn more about our monthly topics. As always, at ArchDaily we welcome the contributions of our readers; if you want to submit an article or project, contact us.